The way cannabis alleviates the seizures

For thousands of years cannabis has been used to treat many diseases and disorders. The debate about this subject seems to be a never-ending history. There is no doubt the people opinion has changed about cannabis and many states have approved medicinal and even recreational weed too.

The use of medicinal cannabis to treat epilepsy has been studied for many years. It has been widely debated too. In June 25, 2018, the U.S. Food and Drug Administration (FDA) approved a CBD oral solution to treat the seizures associated with different epilepsy syndromes.

The evidence obtained from laboratory studies and clinical research over many years indicates that cannabidiol (CBD) can be useful to control seizures.

Research on CBD is not easy to do and it took time due to federal laws and a little access to CBD. On top of it, there are financial problems and constraints. Recently, some studies have shown the benefits of specific plant-based CBD products to treat some groups of people who suffer from epilepsy and did not respond to conventional therapies.

One of the chronic diseases for which medicinal cannabis is allowed is epileptic seizures. This disease affects the life of millions of people in the world. How does cannabis help to alleviate the debilitating effects of this illness?

Is cannabis efficient to treat seizures?

Perhaps the most amazing case to prove efficiency of cannabis to treat epilepsy is the history of Charlotte Figi, a girl who lives in Colorado and suffered too many seizures. After trying with conventional therapies, Charlotte situation did not change. Her parents decided to try medicinal cannabis with high content in CBD (cannabidiol). After a short period of time, the girl’s seizures went down from 300 seizures per week to 2 or 3 per month.

This example illustrates the efficiency of cannabis to treat seizures. We are going to try to understand how this happened and how to apply it to you.

A seizure happens when the brain’s electrical activity becomes dysregulated and the neurons fire several times at the same time. This situation affects the area of the brain where this rhythmic synchronized firing occurs. The Center for Disease Control and Prevention (CDC) says “Epilepsy can affect people in very different ways… because there are many causes and many different kinds of seizures.”

Roughlly speaking, seizures are divided in two categories which are known as “Generalized” and “Partial”. Generalized seizures occur when the rhythmic neuronal firing happens in the whole brain. They produce loss of consciousness and those typical spasmodic movements known as Tonic-Clonic Movements.

Partial seizures are produced by electrical impulses that are located in a part of the brain, which can or cannot cause the loss of consciousness, although they normally produce some dysfunction.

CBD (cannabidiol), which is one of the main cannabinoids found in cannabis plants, has shown its ability to reduce the number and intensity of seizures. However, we must explain that it has only proved in children with rare genetic seizure disorders. These children suffer from Dravet’s Syndrome or Lennox-Gastaut Syndrome.

New research suggests that the use of CBD helps to alleviate seizures in these children. The Journal of Epilepsy Research published a study which analyzed the results of three therapy trials with pure CBD in patients with different epileptic syndromes. “For the first time, there is now class 1 [strong – sic] evidence that adjunctive use of CBD improves seizure control in patients with specific epilepsy syndromes.”

It is very important to think what in necessary about doses. Small doses are not efficient in these children. They need high doses, (10-20mg/kg), to get the efficiency.

Due to the special nature of this disease, we cannot generalize to other children with different seizures.

Only in the U.S there are many people who suffer from epileptic seizures. Using medicinal cannabis doesn’t cure the disease. But it alleviates the symptoms. If you are one of the patients who suffer from epilepsy, you must consult your treating physician to know how marijuana can help you.

Hemp is a type of Cannabis Sativa plant, that it has always been grown for its fibrous materials found in the stalks and seeds. It has always been use to make products such as fiber, ropes and much more.

It has lower amount of THC and higher levels of CBD than regular marijuana. Cannabinoids obtained from hemp plants, including CBD, have been until now, classified as marijuana and, therefore, considered Schedule I substances. Per the DEA, Schedule I substances normally have not accepted medical use and have a high risk of abuse. However, a federal law, made in December 2018, reclassifies hemp as an agricultural product and removes it from the list of Scheduled I Drugs.

But, so far, and despite this change in classification of hemp, the only CBD product that has been approved to be officially considered to be used as medicinal therapy for epilepsy is the drug named Epidiolex. There is no doubt about the fact that more CBD products will appear in the market during the coming months. But it is important to understand that not every CBD product is the same quality from batch to batch. When you decide to use any medical treatment, you must first discuss about it with a specialist. The ability for benefit and the potential interaction with other seizure medicines must be considered too. 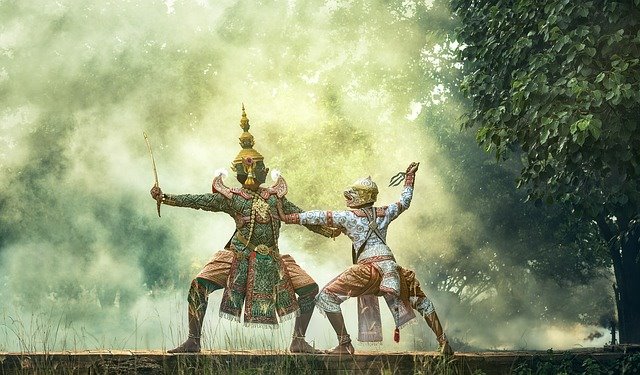 Indeed, on May 21, the great medical cannabis march begins in Thailand, from Phichit province to Bangkok Groups of activists start a […]