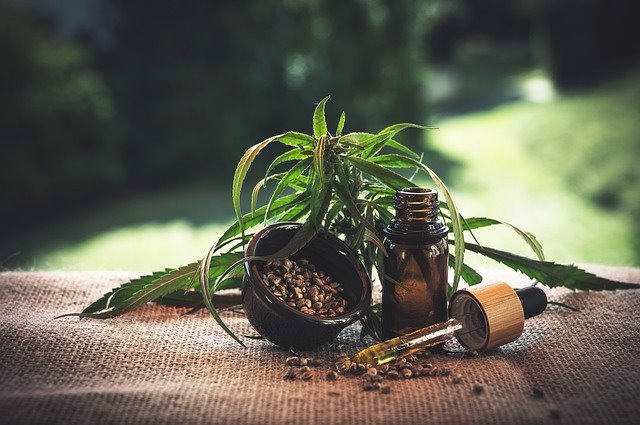 Customize the effect of cannabis. Specific formulas to achieve the desired mood after consuming cannabis are the latest trend in the cannabis market. The worst thing about cannabis use is the unpredictability of the trip, especially among newbies or others who have smoked or accidentally ingested a higher dose than usual.

The unpredictability of the effect of cannabis is a constant in unregulated markets where the origin of cannabis is uncertain. The legalization of cannabis has helped in this regard because the law requires that all components of the product be clearly specified on the package. In a licensed dispensary you have the certainty that the cannabis you buy will not have any unlabeled and possibly unhealthy substance. The content of THC and CBD will be clearly indicated, as can other cannabinoids such as CBN and THCV, and even terpenes. However, some consumers think that cannabis use is unpredictable and others simply want more subtlety and precision in relation to the effect that their marijuana will produce. As brands want to promote their products, it is natural that they also promote specific desired effects.

These new products are intended to produce “custom highs” or “directional highs.” In any serious clinic you can find a wide variety of products that promise to help you increase concentration, connect socially or have better orgasms. Beyond the classic indica / sativa dichotomy, new cannabis entrepreneurs sell the guarantee of a specific type of personalized “travel.” Andy Singh, founder of a vaporizer company that goes along this line, says that part of his motivation to create custom highs was to provide his clients with more predictable experiences with cannabis.

Singh says he has talked to clients who told him they ate a food or smoked a 90% THC cartridge and the experience was terrible. This entrepreneur wanted to help solve these problems, by achieving effects tailored to the wishes of consumers.

How are specific formulas made?

How are specific cannabis formulas made for mood? The most primary thing is to play with the proportions of THC and CBD and other cannabinoids, such as CBN for sleeping, or THCV for energy and concentration. Another way is to add terpenes, since they burn in the process of extracting THC and CBD, and you have to obtain them either from cannabis or other botanical sources, such as foods and essential oils. Terpenes influence the effect of cannabis, directing it towards creativity, energy, sensuality and more, depending on what the consumer wants. It can also be achieved by combining cannabis with herbs, vitamins and other substances, such as nootropics (called brain boosters). The two women who founded a well-known cannabis tea company interviewed hundreds of women to learn what they were looking for with cannabis use.

According to these two women, what most women sought from cannabis was to recover the quality of sleep, relieve anxiety, stress, pain, cramps, mood and recover from their lack of sexual desire.

The main line of products of the company of these two women includes a tea to improve mood, another tea for sensuality and improve sexuality, a tea to treat pain and another that helps to fall asleep with a mixture of CBN cannabinoid and a low dose of THC. Each formula combines cannabis oil with herbs, such as chamomile and valerian, included in the sleep formula, to obtain a synergy effect. Their products are so successful that they are found in almost every California dispensary and have become the best-selling cannabis drink in the state.

Andy Singh plays with the ratio of THC and CBD, as well as the content of terpenes in his “mind-body” product series, which is aimed at consumers looking for a brain effect, a body effect and everything else. According to Singh, with cannabis you can stimulate almost any type of activity you do. He says that cannabis can help us improve any activity we do, from having a good time to work or doing yoga. He calls terpene improvement the “fascinating frontier of cannabis innovation,” due to its potential to influence the ways in which people experience, think and consume cannabis.

Customize the effect of cannabis. Do these specific formulas work?

According to the founders of the cannabis tea company, the answer they received is that most people use Sympa-Tea as a relaxant and as a social lubricant that increases libido. But they are also aware of the variations in the system Endocannabinoid of each person, the internal system of receptors that helps regulate mood, sleep and inflammation. It is true that each consumer feels their products differently.

Singh also recognizes the inherent differences between each person’s endocannabinoid systems but ensures that almost all of his clients say that the formula does exactly what it says on the package. For example, limonene is a terpene that, according to Singh, will energize 90% of people, while linalool, a terpene found in certain strains of cannabis and lavender, will relax 90% of people. The key is to create the types of combinations of cannabinoids and terpenes that ensure that consumers know what they are getting into each time they consume their formulas.

There are studies that conclude that terpenes affect human behavior, both alone and when mixed with cannabinoids. Ethan Russo wrote in the British Journal of Pharmacology, that terpenes and terpenoids show unique therapeutic effects that can contribute significantly to the effects of cannabis-based medicinal extracts. We recommend you read our article “Terpenes in cannabis”.

But the exact way in which terpenes interact with cannabis is still unknown. Cannabis educator and industry consultant Emma Chasen says the research is still in its first phase to be able to accurately determine the synergistic potential among cannabinoids, as well as among the various cannabinoids and terpenes and other compounds. Although informed predictions can be made about how a given formula will affect consumers, it is still not possible to guarantee one hundred percent absolute concrete results because each one has its own physiology and unique endocannabinoids that are constantly changing. There are factors such as nutrition, hydration, stress, sleep quality, mental health, etc., that intervene in the way people respond to cannabis.

In the legal cannabis industry, entrepreneurs are starting to position their products as lifestyle improvements rather than as a way of feeling simply drugged. Even among the most experienced cannabis users, the concept of microdosing begins to spread in search of the best and most predictable experiences. There will be more and more entrepreneurs that respond to the demands of consumers, ensuring more and more personalized and specific experiences. Although there are still many things we don’t know about creating custom effects, there is more and more research and more customers willing to pay more for the specific effect they want.

How to calm your dog when it is scared of fireworks Is your favorite friend experiencing certain anxiety? Are fireworks, noisy neighbors, […]