Malta will host the World Forum on Medicinal Cannabis next November

Just over a year ago, Malta legalized medical cannabis (March 2018) and Chris Cardona, Minister of Economy, Investment and Small Business, already wants to position Malta at the forefront of the production and research of medical marijuana.

Chris Cardona played a fundamental role in legalizing medical cannabis on the island. During his speech at the last Medical Cannabis World Forum, the minister addressed an audience composed of researchers, doctors and members of the marijuana industry to explain why Malta is the ideal place for people looking to do business with cannabis medicinal.

In addition, the idea of ​​being the host country to celebrate the World Forum on Medicinal Cannabis has been a pleasant surprise for Malta this year; decision that was taken only 1 year and two days after the legalization of medical cannabis on the island. Cardona even joked about it and thanked the decision by saying that if only a year ago he had told the citizens of Malta that they were going to organize the event, they would probably have thought he was joking. It is a testament to how far Malta has come in such a short space of time.

He also thanked those present for their confidence in them and for believing in the island’s potential within the industry that is full of great opportunities for the country and for the European market. Malta wants to attract foreign investments in its emerging medical cannabis industry.

However, reaching legalization has not been easy. Politicians were afraid of public opinion when the idea came up. Some alarmist media published that the government wanted to build narcotic factories. On the other hand, parliament became a “political arena” between defenders and detractors of the medical marijuana industry. As always, the problem was the lack of information and, above all, the social stigma that has accompanied the word marijuana for decades.

However, the Maltese and the economic community were not fooled and new laws have been implemented in a very short time. The legalization of cannabis production for medical purposes has been the result of the decision to allow patients access to the herb. Almost all Maltese people believe that if cannabis has proven therapeutic effects and can relieve pain, it is a matter of common sense to make it accessible to the public. The right and fair thing is to make it accessible to the public in the easiest, safest and cheapest way for patients.

Undoubtedly, one of the decisive factors in achieving the legalization of medical cannabis has been the long-standing reputation in the manufacture of pharmaceutical products that Malta has. The island has all the infrastructure and pharmaceutical logistics that will now be of great help for the production of medical cannabis. This fact is of great importance for Malta’s aspirations to position itself as a center of excellence in the industry. According to the minister, Malta wants to be and will be one of the first countries to offer a genuine high quality product for the rest of Europe.

Cardona is not an illusionist and knows that there are important challenges ahead. The biggest problem is that Malta is working in a sector that is not yet fully explored, given that legalization is a very modern fact and research takes time. Cardona is studying how production can be better industrialized to keep up with demand and catch up with technologies not yet used by the island’s pharmaceutical industry. Cardona is aware that more research, innovation and development related to the application of medical marijuana will result in market growth in the region.

However, the Maltese believe that all these problems are relatively small compared to the size of the medical cannabis opportunity. When the numbers are analyzed the conclusion is spectacular. In just six months, the European cannabis industry has grown more than in the past five years and in addition the population of Europe is twice that of the United States and Canada together. Therefore, the market is much larger and it is estimated that in ten years, the European medical cannabis market will be worth more than 55 billion euros.

But Cardona is also aware that it is not advisable to underestimate the level and potential of this market in countries such as Canada, the United States and, above all, China. There is a clear predominance of Chinese patents throughout the world and this happens because the pharmaceutical science of the Asian giant evolves at an unimaginable speed; far superior to western countries.

However, Cardona says that prudence does not imply fear. Malta is an important country where to invest when it comes to medical cannabis. Just look at the great economic development that is experiencing compared to other countries in the European Union.

It is true that in just five years, Malta has been the protagonist of a major economic resurgence without resorting to austerity measures and cuts in social welfare. Malta has reduced taxes and increased the income of the most disadvantaged class. Malta’s model has been praised by various international entities such as the European Commission, the IMF (International Monetary Fund) and others.

Cardona specifically addressed medical and pharmacy students during his speech at the World Forum on Medicinal Cannabis. He told them that the outdated ideas about marijuana had to end to build a reputation in the new industry. “The sector needs people like you. Cannabis is already here, and now it’s up to you to see how far it can go and how far this industry will continue to grow in Malta, “he told them.

Many other countries are looking to Malta to see how their medical cannabis industry and legislation in practice evolve. Now the government has to boost the business of the sector and encourage its growth.

Another of the most interesting interventions in the Medical Cannabis World Forum was that of Mario Galea, CEO of Malta Enterprise, the government agency responsible for attracting and supporting foreign investment in Malta. In his speech he explained how Malta is working to attract medical cannabis investors and companies.

Galea attributes Malta’s solid economic growth to its wide range of industrial sectors, including, but not limited to, tourism, manufacturing, aviation, and life sciences.

It is precisely in the area known as life sciences that the foundations for medical cannabis are laid. Malta not only has a strong pharmaceutical industry, but also has one of the best drug authorities in Europe, a customer-oriented and investor-friendly organization that works closely with Malta Enterprise. The country also has a strong and growing medical research and education infrastructure. Galea wants to build a state-of-the-art biological science park together with international investment partners to encourage international investment in the medical cannabis sector.

Malta has a long list of US, Indian, Israeli and German pharmaceutical companies (etc.) that are investing and operating on the island. Malta sees medical cannabis as a progression of its life sciences sector and an expansion of its pharmaceutical industry, and is trying to foster growth by developing a relationship of trust with domestic and foreign companies.

Malta can include among its medical cannabis partners a large number of companies from numerous countries, including Australia, Canada, Israel and more. Some of the international companies operating in Malta are: MGC Pharma, Columbia Care, Alvit LCS Pharma, Aurora cannabis and several others.

At the moment, Malta Enterprise has accepted ten letters of intent that will finally qualify for the license to produce medical cannabis. And he has also rejected ten requests. Malta wants to be very rigid in the application approval process. The island wants the best companies to be in Malta. Therefore, any company that is failing due diligence or does not have the necessary commercial economic experience is rejected. The idea is to position Malta at the forefront of medical cannabis.

This November, attendees of the World Cannabis Forum will get a very enriching perspective of the latest advances in the medical cannabis industry through a combination of case presentations, discussions and question and answer sessions. In addition, the event will focus on 6 main pillars: medical, legislation, business, regulation, education and research.

Nicholas Spiteri, Director of the MedCann World Forum has said that after the success of last year, the organization has brought more speakers and exhibitors in addition to adding an additional day to the event compared to 2018. There are already more than 100 confirmed speakers and comments that the organization of the event received from industry leaders is that the event is very well positioned to become the main meeting of the medical cannabis industry in the region. 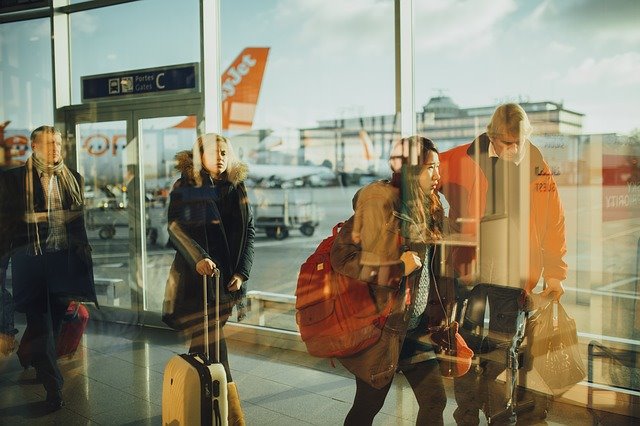