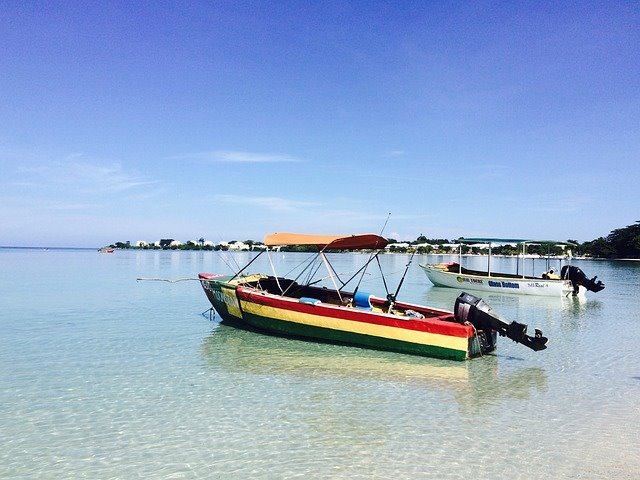 More than 40 years after reggae legend Peter Tosh sang ‘Legalize It’, Jamaica is finally aware of the economic potential of the cannabis industry. The dispensaries to buy medical marijuana in Jamaica are popping up all over the island. Although medical cannabis is legal, the government has opted for the decriminalization of the recreational ganja instead of full legalization.

Until recently, possession of small amounts of marijuana could imply a jail sentence. But a general review of drug laws has changed this situation and the Caribbean country has decided that marijuana is an important part of the Jamaica brand and that the potential tax revenues of this industry are not something that should be ignored.

In 2015, the Jamaican government approved a series of important amendments to the Dangerous Drugs Act, decriminalizing marijuana and introducing licenses for its cultivation and sale. But decriminalization is not the same as full legalization, so what are the implications for recreational cannabis users in Jamaica? Since 2015, possession of up to two ounces (57 grams) of ganja is no longer a criminal offense. But carrying this amount in a public place may involve a fine whose amount is similar to a fine for bad parking of the vehicle, about 3 dollars, but no criminal record will be generated. People under 18 who are found in possession of marijuana can be referred to the National Drug Abuse Council for advice. Possession of large amounts remains a criminal offense.

Jamaica’s revised drug laws have allowed the creation of medical marijuana dispensaries, the first of which opened in 2018. The equal-share doctor’s clinic, the Amsterdam-style cafeteria and the hipster boutique are the only places where tourists can legally buy cannabis products There are currently four medical marijuana dispensaries in Jamaica; At least legally. To buy cannabis products you are asked for an identification, such as a passport or driver’s license (only over 18 years of age), and proof of medical necessity to buy ganja. This can take the form of a medical prescription from the patient’s country of origin or a consultation with a Jamaican doctor (this is the theory), although some dispensaries currently allow self-certification when completing a medical form.

The experience of medicinal cannabis in Jamaica

An American tourist tells that she took a tourist bus that stopped in front of a sign where you could read the words “Legal cannabis for sale here” at the entrance of the old White House hotel. The tourist entered the place and an employee accompanied her to Lounge 2727 for non-smokers, where waiters serve drinks while playing reggae music in the background. The employee changed his mind and accompanied the girl to another room called “Island Strains.” The young woman goes to the security door, shows her passport and waits for a call. Once inside, a doctor, who is not really a doctor, asks you a few questions, charges you $ 10 and gives you a medical card that allows you to buy locally grown marijuana.

This is the experience of medical marijuana in Jamaica, where obtaining permission to smoke legally takes less than five minutes, a local address is not needed, a medical record is not needed and you do not even require a physical exam. Christopher “Birdheye” Gordon, the owner of the local Island Strains that this American tourist enters says that the current situation is fantastic and that customers can smoke marijuana in their premises, unlike in the United States, where some states are starting to consider the idea of ​​allowing smoking rooms.

Christopher “Birdheye” Gordon believes that Jamaica is more advanced in that regard. Two years after Jamaica began granting cannabis licenses for medical, therapeutic and scientific uses, the first Caribbean country that decriminalized marijuana has problems and continues to struggle to find a balance within the legal medical marijuana scene and capitalize on explosion of the global cannabis industry. But trying to regulate an industry in a country that remains a mega black market and not conflict with international anti-narcotics laws and other international obligations in Jamaica is not easy.

Fear of a negative reaction from the United States and the United Nations (under a 1961 UN treaty signed by Jamaica, cannabis is considered a dangerous drug). Activists believe that the international cannabis industry has resulted in excessive caution. For example, no one involved in the cannabis industry can use bank accounts, traditional growers face obstacles to the supply of locally grown marijuana for oils and other therapeutic products, and international companies are excluded despite a large number of conferences promoting the cannabis experience in Jamaica.

Christopher “Birdheye” Gordon complains that the laws are very bureaucratic and strict. In the same line of thinking is Paul Burke, program director of the Ganja Growers and Producers Association. “We don’t have a banking regime, we don’t have financing for farmers, we don’t have approved standards and we don’t have export regulations,” he explained. “We are still in our pioneer days and all this contributes to dwarfing the industry.”

According to the Jamaica drug law amendment 2015, people can own up to two ounces of ganja (approximately 56 cigarettes) without exposing themselves to arrest or having a criminal record. People can grow up to five plants for medical, therapeutic or horticultural purposes, and followers of the Rastafarian religion can use the herb for sacramental purposes.

The law has involved the elimination of criminal records for thousands of young Jamaicans, mostly poor, for possession of marijuana. The law has allowed the creation of local companies such as Ganjagram, a mobile application that allows smokers to know their rights, and to know where the premises are where they can buy and smoke marijuana. In these places, tourists and locals spend between 10 and 20 dollars per gram or approximately 420 dollars per ounce (28 grams) of high-quality local sativa marijuana varieties. The reality is that it is a very liberal cannabis environment, but on the other hand it is very strict.

The authorities insist that marijuana trafficking, to and from the island, continues to be grounds for judicial prosecution. Delano Seiveright, director of the Cannabis Licensing Authority, which regulates the medical marijuana industry, says he understands what the limits are when it comes to law and order. “There are people who continue to cultivate ganja illegally throughout Jamaica while the police continue to lock them up and the system continues to prosecute them.

Last year, during a meeting in St. Vincent and the Grenadines, the 15-member Caribbean Community, Caricom, unveiled its expected study on cannabis. The political leaders agreed that although there was a lot of support and enthusiasm for reforming marijuana laws in their countries, the Caribbean risks falling behind since Canada and an increasing number of states in the United States already allow medical marijuana and in some cases they have legalized it for recreational use.

The report also noted that in the case of Jamaica, where marijuana was banned in 1913 after being introduced by contract workers from the East Indies, criminal arrests for possession of ganja decreased. The current problem is related to license agreements.

Delano Seiveright agrees that of the 600 applications for cannabis licenses, the licensing authority has granted less than 40 and has given conditional approval to another 200. Banking rules that prevent the benefits of marijuana Access to banking services is the main reason for the reduced issuance of licenses.

Although Jamaica, a former British colony, is an independent country, its banks rely on their banking partners in the United States to process transactions in US dollars. Concerns about money laundering and lax customer registration and knowledge requirements have led some correspondent banks in the United States to end their international bank-to-bank relations with those in the Caribbean and Central America throughout the years.

Seiveright told the media that as in the United States, the same rules that banks respect are having a negative impact on marijuana businesses, not only in Jamaica but throughout the world. Jamaican banks are unable to open cannabis-related accounts even though some of these cannabis accounts would be legal under the laws of Jamaica. Even many of the companies licensed in Jamaica, have a great challenge to have access to banking services. It is vitally important to solve the problems with banking to address many of the problems that the medical marijuana industry has in Jamaica but unfortunately, the solutions for banking are not in Jamaica, but outside.

But recently the situation of the cannabis industry in relation to banks in the United States has changed and access is much more fluid and legal. We do not know how this new situation will affect the medical marijuana industry in Jamaica. We recommend that you read our article “Cannabis and banks in the US”

For his part, Floyd Green, Minister of State in the Ministry of Industry, Commerce and Agriculture of Jamaica, told the media that the government is looking for solutions to solve some of the problems, especially those related to growers. In the coming weeks, Jamaica will initiate a pilot program to help traditional ganja producers make the transition to the current model of medical marijuana.

Floyd Green says that despite so many challenges they are trying to make sure that what is necessary for the proper development of the industry and its expansion is done.

Although marijuana is not a positive substance for everyone, for Jamaica it represents a national identity seal on which reggae music has even been made as the iconic Peter Tosh song, “Legalize It” of 1976 that was a hymn for all lovers of marijuana in Jamaica. Another great icon of the ganja was Bob Marley, who once described marijuana as the “healing of the nation.”

Angela Brown Burke, current member of the parliament representing the main opposition party, the National People’s Party, who pioneered the legislation on decriminalization of the ganja, believes it is time for Jamaica to legalize marijuana for recreational use.

Ravn Rae says that Jamaica is known internationally for marijuana and is aware that it is also known for many illicit activities that surround it, such as illegal weed trafficking. It is aware that the intention of the licensing authority is to try to create this regulatory body to be free from corruption. However, Rae believes that they are also getting that strict behavior to blind them.

For the medical marijuana industry in Jamaica to prosper, many aspects of the system need to be changed. And on the other hand, if there is a country icon of recreational marijuana, it is undoubtedly Jamaica and reggae music is its national cannabis anthem.